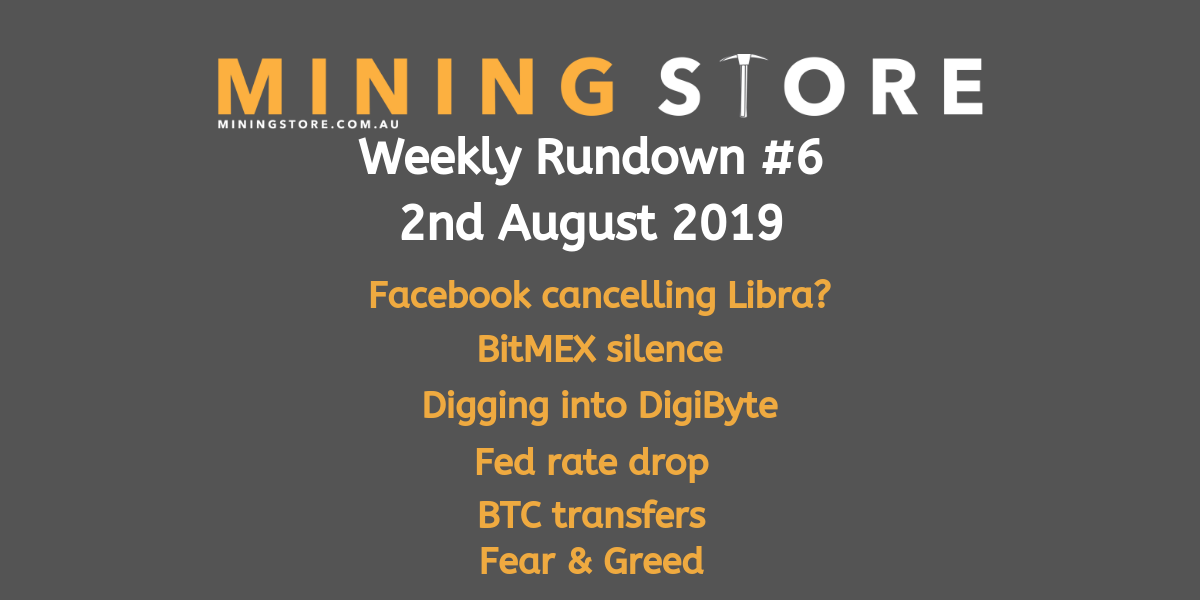 Libra has had a less than ideal first few weeks in the spotlight. US Congress has made it abundantly clear that anything other than regulatory perfection from Calibra and Facebook would end with fines and legal proceedings. CNBC reported this week that Facebook admit the launch of Libra in 2020 is no certainty, and in fact may or may not be made available. CNBC reported Facebook as stating:

“…market acceptance of such currency is subject to significant uncertainty. As such, there can be no assurance that Libra or our associated products and services will be made available in a timely manner, or at all. We do not have significant prior experience with digital currency or blockchain technology, which may adversely affect our ability to successfully develop and market these products and services.”

It’s somewhat satisfying that even a corporate juggernaut like Facebook, backed by the strength of Mastercard and Visa, can’t just bulldoze those who have gone before them and enter this space without demonstrating accountability, expertise and regulatory acceptance, just because they think that their wealth and power entitle them to do so.

Arthur Hayes, CEO and founder of BitMEX, has been uncharacteristically silent on Twitter since 11 July. With a somewhat cryptic post appearing yesterday:

The official BitMEX social accounts have also been dormant for over a week now with the last activity on 16th July. You have to wonder if the CFTC probe announced on July 19th has anything to do with the sudden silence and Hayes’ unusual update. These sudden changes could potentially dissuade active users from trusting the platform. The last thing anyone wants is funds locked up in an exchange undergoing investigations and an absent CEO.

DIGIBYTE FOR THE MINERS

Over the last week or so, a lot of us here in the MiningStore community have been getting stuck into DigiByte (DGB). There’s been a lot of talk and speculation trying to determine what the project is actually about and what it’s trying to achieve.

In an effort to answer those questions, I’ve spent some time digging into them.

DGB has more than six years of development and much like many other crypto projects they are striving for decentralisation. They achieve this in two ways. Firstly; full nodes, of which there are over 275,000 downloaded globally since April 2017, and secondly; the use of five purposefully different algorithms. They are specifically designed to prevent mining centralisation with Odocrypt being the newest and also what our MiningStore miners have been working off.

DGB prides itself in leading the way in difficulty stabilisers, these being DigiShield and MultiShield, which effectively manage difficulty across five networks simultaneously and ensure a fair and even playing field. There have been over 8.8 million blocks mined containing upwards of 12.5 million transactions. These blocks are super fast at 15 seconds a pop, deliberately limiting size and scope to help safeguard a fast network and block timing plus the advantages of early SegWit Implementation.

From a forward focus, DGB is spending a lot of time developing real-world applications, and is boasting an ability to fix 90% of the most common vulnerabilities affecting the internet today. They hope to deliver security layers to IOT devices, especially those that require robust communications that ensure all user data and personal information is as secure as possible. The tagline embedded in their genesis block, which represents what they are trying to help prevent, is the headline that appeared in USA Today in 2014 – “Target: Data stolen from up to 110M customers.”. You can read more about DGB here.

It’s a reminder of Bitcoin’s infancy that until this week it had not experienced a US Federal Reserve interest rate cut. On Wednesday, the Fed cut US interest rates by a quarter of a point taking them to a target range of 2 – 2.25%. It’s been 11 years since the US has cut interest rates and if we look that far back, you’ll see it was the pre-cursor to the 2008 GFC. The below image from Wikipedia shows how historically speaking, an interest cut could lead to a recession.

In isolation we may not be so concerned, but this also coincides with a China/America trade war and unease over the EU, with Brexit looming large and a potential no-deal.

What makes all of this unique, is Bitcoin.

For the first time in history, we are gearing up for what could be an extremely tumultuous financial time but armed with something entirely new, a fully decentralised asset that is globally accessible. Historically when these events took place, gold was the safe haven, but in this new digital age I think we are already seeing a swing to Bitcoin and cryptocurrencies instead. Tom Lee from Fund Strat summed it up in an interview for Fox Business:

“Bitcoin’s becoming increasingly a macro hedge for investors against things that could go wrong. Rate cuts are adding liquidity. Liquidity is pushing money into all these risk assets and also hedges, which is helping Bitcoin.”

Hard Fork reported on a Bitcoin whale moving an enormous $468.5M USD in Bitcoin for less than $400USD this week. This is a great example of just how solid Bitcoin is for moving large amounts of wealth globally at very high speeds and for a fraction of mainstream banking costs. The article compared the $400USD transfer cost to that of fiat alternative transferwise which would have set you back $3.6K USD – which actually looks pretty good when you consider the fees you could have copped from a mainstream bank … $39K USD (that’s the equivalent of a Social Worker salary by the way!) Not to mention it would have taken a week.

Artwork below courtesy of Hard Fork

Bitcoin has been pretty range-bound between $9,300 through $10,400 USD. We had some extreme fear indications pop up last week in the late teens, early twenties and only today did we manage to climb up and out of the fearful area into a greed score of 57 with the jump up to $10.4. I would treat these markets with hesitation at present. It doesn’t appear there is enough to push it immediately higher in the short term, and with greed kicking back in again it may be a good time to either look to short the market or take no action at all. Sometimes no action is a better action than over trading.