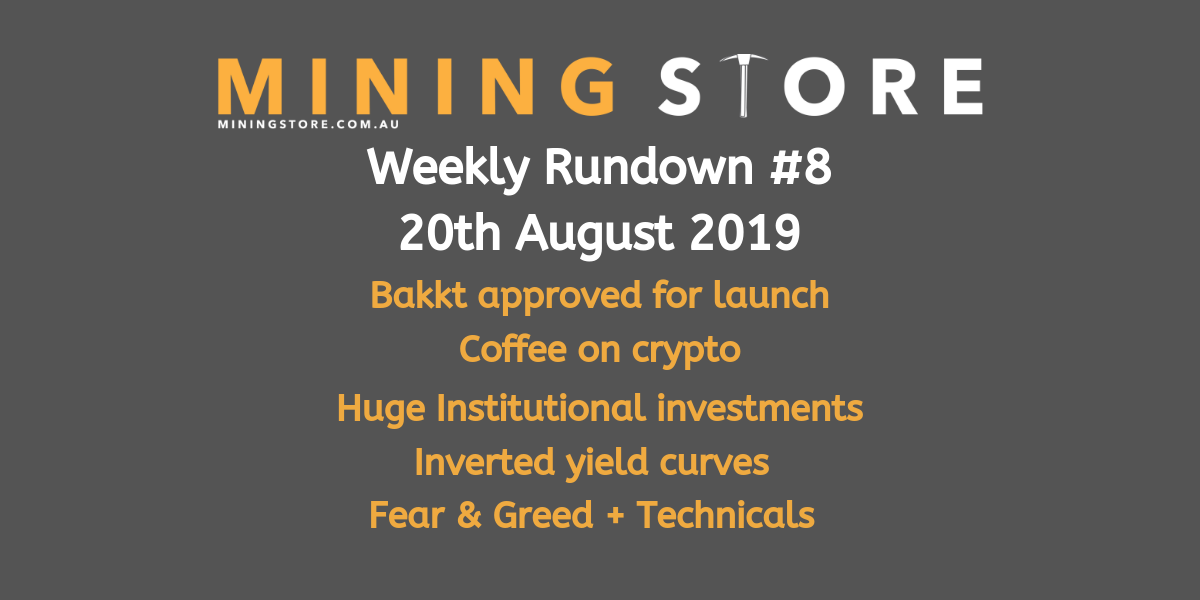 Partnering with ICE Futures US and ICE Clear US, Bakkt have finally been cleared for launch by the CFTC. On September 23rd this year, Bakkt will bring the investment community a custodially held and physically settled platform which could in turn act as a significant catalyst for Bitcoin price appreciation.

As a point of comparison, when cash-settled Bitcoin contracts were first introduced in early 2018 we saw the price of Bitcoin quickly tumble from around a $20K USD high and continue to drop for the rest of the year. Part of the reason is that you didn’t need to own the underlying asset to short. But with Bakkt, you will. Pair this with the custodial backing of the platform and we have a marketplace where pension funds, large investment institutions and high-net wealth players can trade futures legally and safely.

Monolith, a London-based banking alternative built on the Ethereum network, has partnered with Digix and MakerDAO to bring the world a Visa debit card. Developments like this are awesome for bringing real world cryptocurrency use cases to fruition. Digix itself is a unique offering as each of its tokens represent 1 physical gram of gold which is held in vaults across Singapore and Canada. Essentially, by holding the DGX tokens you can exchange in and out of physical gold bullion. And thanks to this latest expansion, now you can also hold cryptocurrency on a Visa debit card. So you can pay for anything in crypto that you’d ordinarily use your plastic for, whether that’s your morning coffee or down payment for a new car.

Coinbase, one of the largest cryptocurrency exchanges in the global market, this week commented to Cryptoslate on the large amounts of institutional money flowing into the cryptocurrency space. When asked about this specifically, Coinbase CEO, Brian Armstrong said:

“Whether institutions were going to adopt crypto or not was an open question about 12 months ago. I think it’s safe to say we now know the answer. We’re seeing $200-400M a week in new crypto deposits come in from institutional customers.”

Let’s take a moment to think about that figure … $200-$400 Million USD per week in new crypto deposits just on Coinbase. Or, conservative numbers around $11 Billion USD a year. Imagine the upside when the large players really start investing capital into these markets, something around $1-$2 Billion USD a week. Greyscale, whom I’ve talked about before, is a small investment firm when compared with the large blue-chip listed companies out there, but they alone are already outstripping the market’s new supply for new Bitcoin. It’s no surprise that with Bitcoin halving coming May 2020, there’s going to be an inevitable push on price, due to basic fundamentals and demand outstripping supply.

Over the last 50 years, an inverted yield curve has signalled a pending recession every single time, except once (see image below). Simply put, an inverted yield curve  can be explained like this; “When short-term yields climb above longer-dated ones, it signals short-term borrowing costs are more expensive than longer-term loan costs”. Generally speaking, longer yielding bonds should reward the investor with a higher yield because the investor is prepared to front their money for a longer period of time and as a result take on more risk, such as a recession taking place.

Reuters reported earlier this week, “On Tuesday, the curve between two-year and 10-year notes compressed to 1-1/2 basis points, the flattest since 2007”. The curve overall has been in a gradual flattening for some time, meaning that the variation in reward vs risk has been reducing steadily. Surely when people are faced with negative yields, giving a government or country $100 only to get back $95 in a year or 15 years time is a waste of your time. Would you be happy if your super or pension fund invested in a negatively returning bond? Because that’s exactly what many are doing!

Alternative.me Fear and Greed index has been hovering around the mid 30s for the majority of the week which signals uncertainty in the market. While the news of Bakkt launching in September gave it a temporary lift into the 40s, the reality is, the market feels like it wants lower. There’s a general consensus that the $10K USD Bitcoin mark is a fair and reasonable support level. But the concern is that if it’s broken, then $9K USD comes into play. And if you wanted to be significantly fearful, then maybe even $7K USD plus change. If you believe in the long-term play of Bitcoin, and are not a trader, then it might be a good idea to continue to accumulate on these weaknesses.

The Bitcoin charts look to be forming a bullish pennant. The graph below shows how these could potentially play out. Keeping in mind the short term bullish news for Bakkt launch and the global economic outlook being poor with inverted bond yields. Expect to see more investors seeking out safe haven and storage of value assets such as Bitcoin. Always dollar cost average on any pullback to $10k or below with the mindset that short term we could see lower but the longer term horizon is bullish. 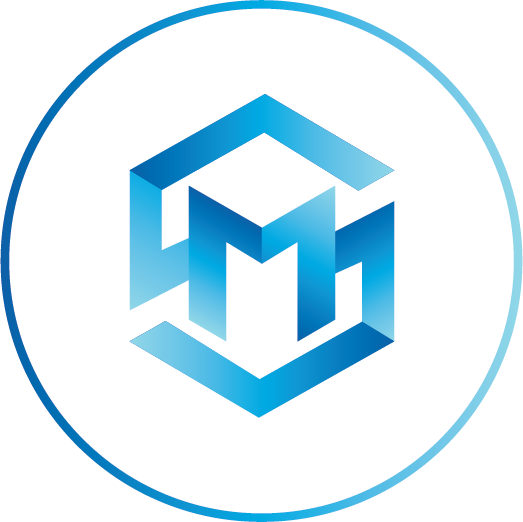