Russia & Ukraine conflict and the impact of cryptocurrency

Prior information on the ongoing conflict between Russia & Ukraine can be read in our previous article here!

Bitcoin and cryptocurrency was once seen as a tool of decentralised financial systems and economic growth in peacetime, however, with war, has now become a weapon in the fight. Millions upon millions has recently been donated, with Ukraine turning to cryptocurrency as a way to receive support from all corners of the globe, finding the technology to be one of its most efficient avenues.

Many prominent figures in the industry have come out and donated. Polkadot founder Gavin Wood followed through on his promise to donate $5 million to Ukraine to support its efforts in its war with Russia. On February 27, Wood tweeted that if Ukraine were to post a Polkadot address, he would donate $5 million. The official Ukraine Twitter account did so earlier, following on from a previous tweet asking for crypto donations. In response, Wood tweeted a transaction showing a donation of 298,367 DOT to the address. At the current price of $19.33 per DOT, his donation is worth $5.8 million. Besides Wood, the Polkadot ecosystem had already contributed over $210,000 to the official DOT wallet for Ukraine since this morning, according to Polkadot blockchain data.

Additionally, Binance also committed a minimum of $10M to help the humanitarian crisis in Ukraine through its Binance Charity Foundation. The donation will be split between major intergovernmental organisations and nonprofit organisations already on the ground, including UNICEF, UNHCR, the UN Refugee Agency, iSans and People in Need, to help support displaced children and families in Ukraine and its neighbouring countries.

We have seen over $70M in total now donated to Ukraine as the war rages on. According to SlowMist, The Ukrainian government’s official wallets have received over $38.6 million in donations, with NGOs such as UkraineDAO receiving $6.5M in donations and Come Back Alive receiving $15.4M. The crisis highlights exactly how BTC can act as a support mechanism to raise funds when traditional avenues are cut off. Decentralised ecosystems and blockchain technology is only becoming more relevant.

This extends to DAOs being able to send resources to those in need, becoming the “big new thing” that is emerging from the war in Ukraine, according to blockchain expert Jason Potts. “We haven’t seen this before… we had to rely on trusted international organisations like Red Cross or Amnesty International that are hard to build and expensive to operate. What’s striking about the UkraineDAO is how fast it happened. We didn’t realise DAOs would be used for that.”

There has also been great support from Vitalik Buterin, the Russian-Canadian cofounder of the Ethereum blockchain, condemning Russian President Vladimir Putin on Twitter minutes after Russia announced a “special military operation” in Ukraine, effectively declaring war on the Eastern European country. He tweeted out – “very upset by Putin’s decision to abandon the possibility of a peaceful solution to the dispute with Ukraine and go to war instead. This is a crime against the Ukrainian and Russian people. I want to wish everyone security, although I know that there will be no security. Glory to Ukraine”. He followed this up with another tweet, stating “reminder: Ethereum is neutral, but I am not.” 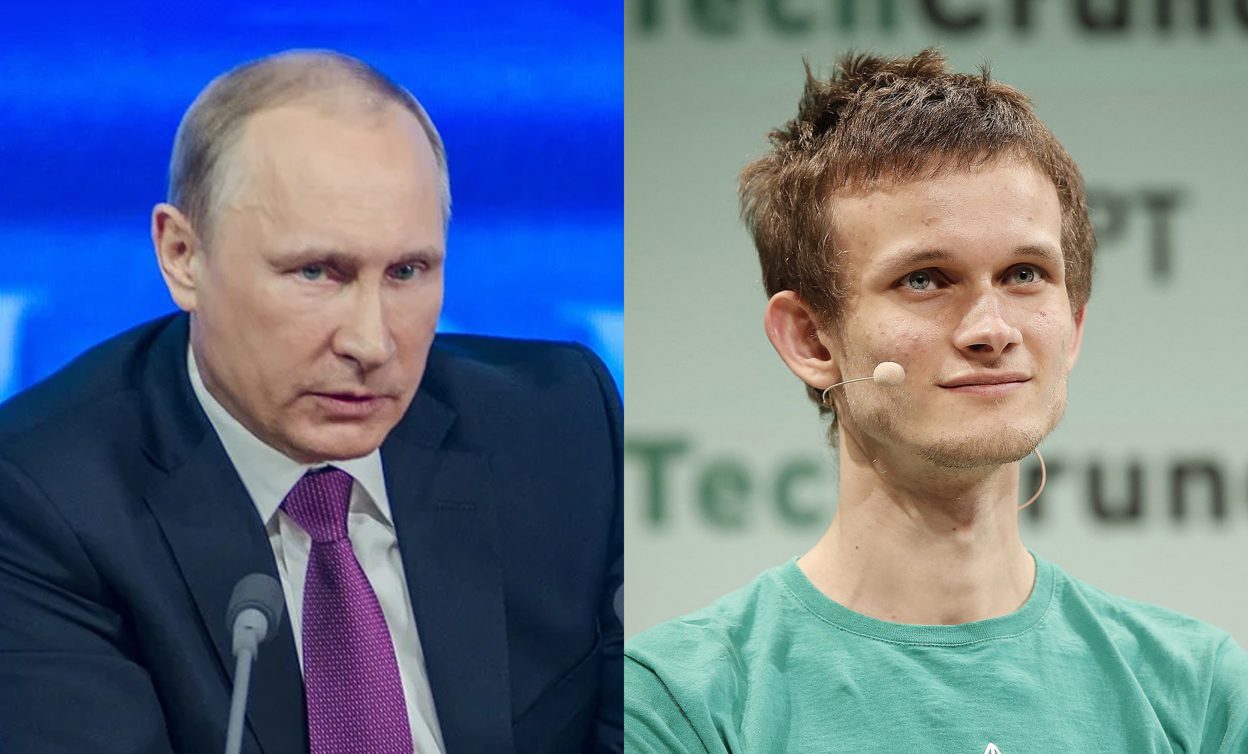 On the flip side, there have been concerns that Russian banks, as well as government officials, are able to utilise cryptocurrencies to sidestep the nation’s exclusion from the Swift global payments system, as well as other economic sanctions. In response, the Ukrainian government even asked Binance to block Russian customers. However, blocking Russians from cryptocurrency was futile. It is impossible for a CEX to cut off an entire nation-state from trading in cryptocurrency markets and accessing blockchain networks. This goes against the very nature of blockchain technology.

Dr Aaron Lane, senior research fellow in the RMIT Blockchain Innovation Hub stated “the network isn’t going to stop a transaction simply because the sender or recipient is in a particular geographic location,” he said. “The only answer to that would be taking out internet infrastructure.”

If Russian government officials or banks were to attempt to use cryptocurrency as a safe haven from economic sanctions, it is believed that the drawbacks of cryptocurrency destabilising the Ruble, and by proxy, crippling Russia’s war efforts, would outweigh the benefits. As individuals seek to exchange their local currencies for foreign currencies (such as BTC), this creates heavy selling pressure on the Ruble, driving up exchange rates and hampering war financing efforts. The Ruble has absolutely tanked, now falling under 1 cent USD as of writing.

Irrespective, cryptocurrency is showing its true power throughout this invasion. Globally, nations, actors and individuals as the crisis unfolds are witnessing the developments and efficiencies of cryptocurrencies, and they are learning. One lesson that truly stands out is that cryptocurrency is no waste of time. It has real life use and will continue to develop to extraordinary heights.