Why Is The Bitcoin Hash Rate So High During This Downturn In Price?

Why is The BTC network hash rate still so High?

Firstly, an increase in the BTC hash rate means more mining power is being added to the Bitcoin network. Whenever new miners join the network, the mining difficulty increases. This is due to a mechanism implemented on the Bitcoin network which ensures 1 block is mined every 10 minutes. Essentially, if more miners come onto the network, then the difficulty of solving each block needs to increase to ensure it still takes 10 minutes to solve a block.

From a fundamental perspective, a rising hash rate is usually an indication of value as Bitcoin miners are willing to commit more computational power or equipment towards the mining process. This ultimately makes the Bitcoin network more secure which is one of the most important features of the Bitcoin Network. However, from a miner’s perspective, an increase in hash rate means more competition and therefore less revenue.

Despite a significant downturn in 2022 in Bitcoin’s price, which as of writing is $21.3k/USD, down 30% for the week and over 70% from its all-time high, the network’s hash rate continues growing and has set new record highs multiple times this year. In fact, the hash rate might be the only Bitcoin chart still going up in the current market phase. 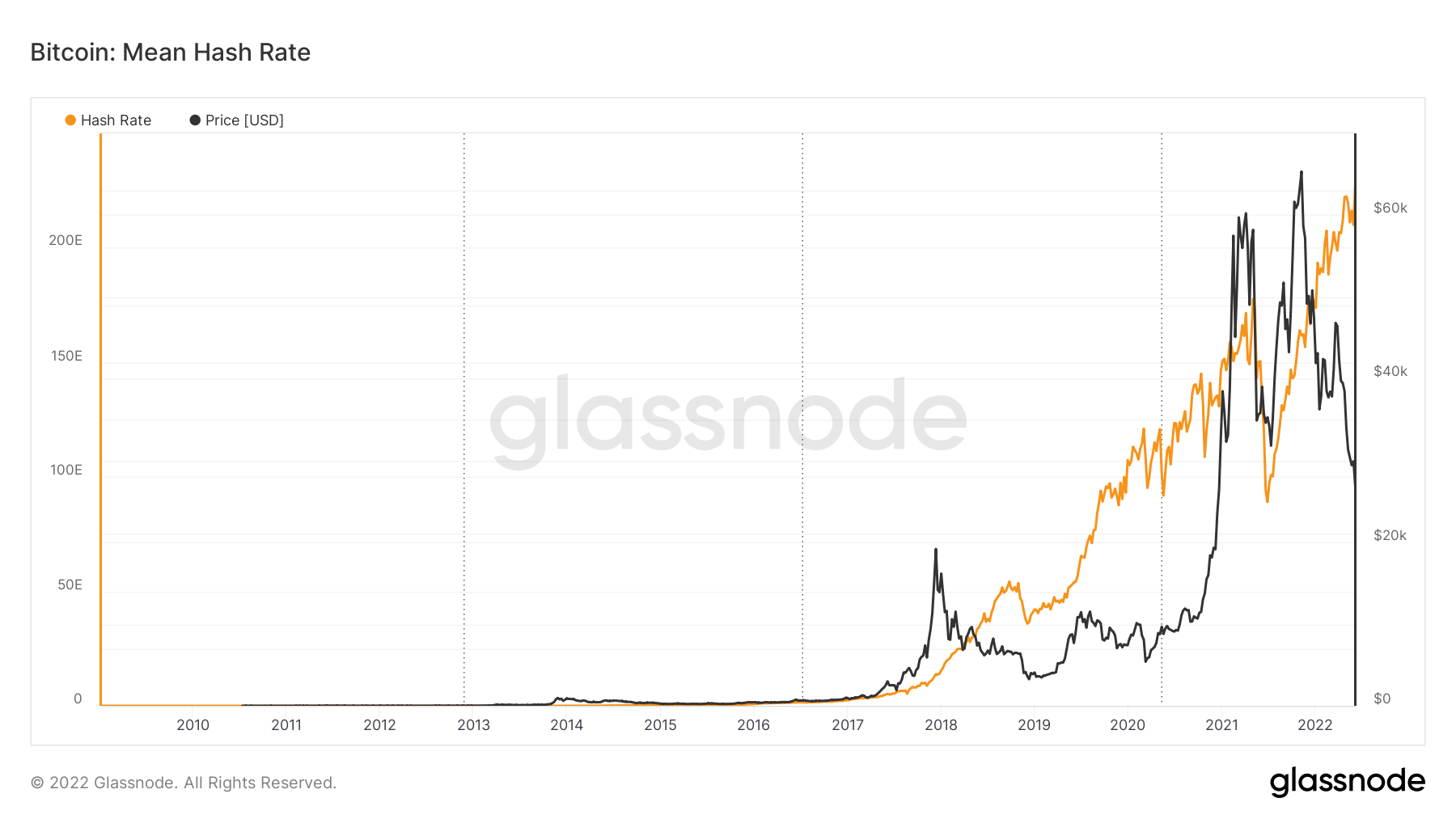 So, why is the hash rate so high in such a spiralling downturn?

Will the hash rate continue to pile on even with Bitcoins price being so low?

Of course, with the hash rate near record highs, the Bitcoin network is more secure than ever. In saying that, the hash rate may not always go up forever; and second, if it doesn’t, Bitcoin’s security will still be more than okay. We do believe the network hash rate is far to high for the current BTC price and we are expecting a correction as older generation miners will start being shut down. However, we do note that newer generation miners will also start being released on the market and therefore this might not result in as big of a correction as expected.