BTC HODLers are on the rise!

Bitcoin has faced a week of consolidation between the 46-50k range, although price action this morning has taken a sharp bullish turn to the upside. The crypto rally is being led by ETH which has moved roughly 15% shy of the record high back in May 2021. As of writing this email, BTCUSD is retesting the 50k resistance with positive technical signs indicating another move higher could be on the cards.

As expected, the last network difficulty reset resulted in a 13% jump in mining difficulty as miners continue to come back online post-China ban. Although mining difficulty has risen, estimated earnings are expected to rise in USD terms, especially if BTC can break the 50k hurdle. Daily-earnings in BTC still remain well above the levels prior to China’s mining ban announcement in late May, but may continue to decrease over the next 1 year as the market readjusts gradually to miners coming back online. 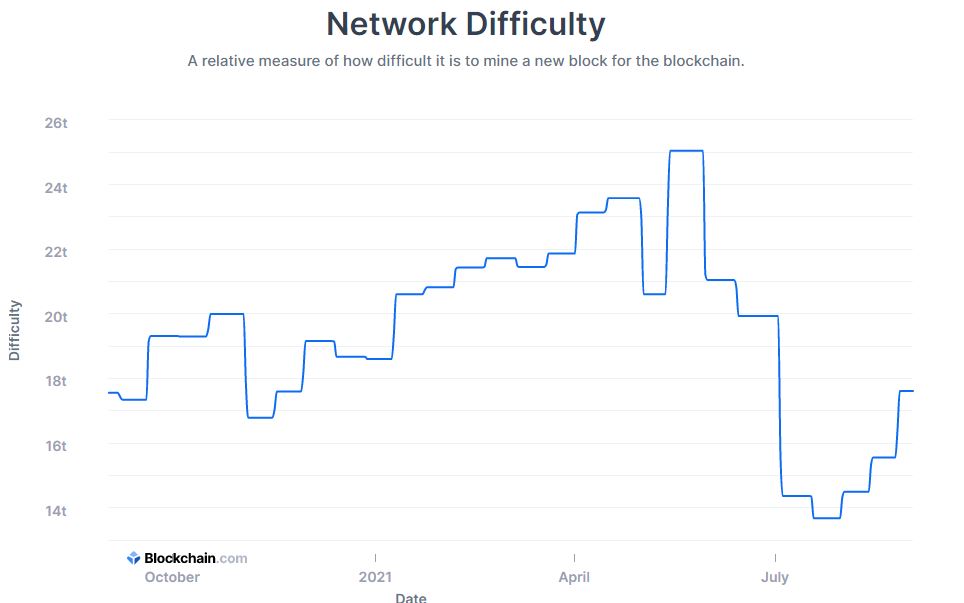 Globally, mining sites are set to expand into Iran as they will lift the ban on block reward mining starting September 22nd. Prior to banning BTC mining, Iran accounted for 4.5% of the global hashrate. Iran has already issued 30 mining licenses to prevent additional power outages – previously Iran ceased mining operations in May after several power outages in major cities. Mining is also picking up in places like Venezuela where electricity rates are amongst the cheapest globally.

Although we are hearing more news of miners coming back online, something to think about is the proposed crypto tax bill in the US. Whilst the news is somewhat positive as it would suggest lawmakers are expecting cryptos to stay, miners who recently relocated to the US might have to search for other alternatives or face tax implications.

Every week we continue to hear news of wider adoption in the crypto space which puts pressure on the demand side. 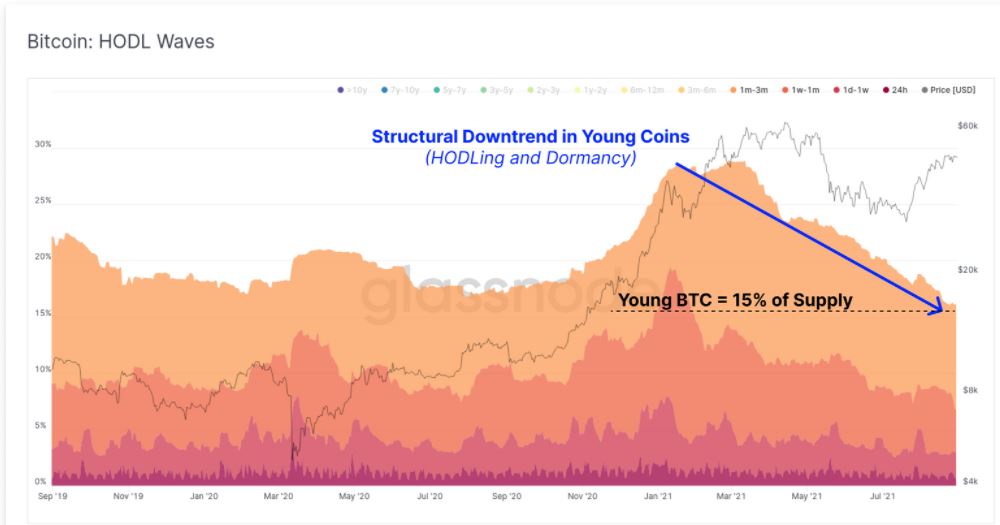 Glass node has reported a large decline in “young” BTC coins. Young coins are those younger than 3 months, which are the coins that are most likely to be spent during a highly volatile or bearish environment. Also known as weak hands. The decline in young coins indicates that the market is preferring a HODL approach, rather than spending BTC. The number of young coins only represents 15% of the coin supply, down from nearly 30% at the BTC peak of 65k USD. 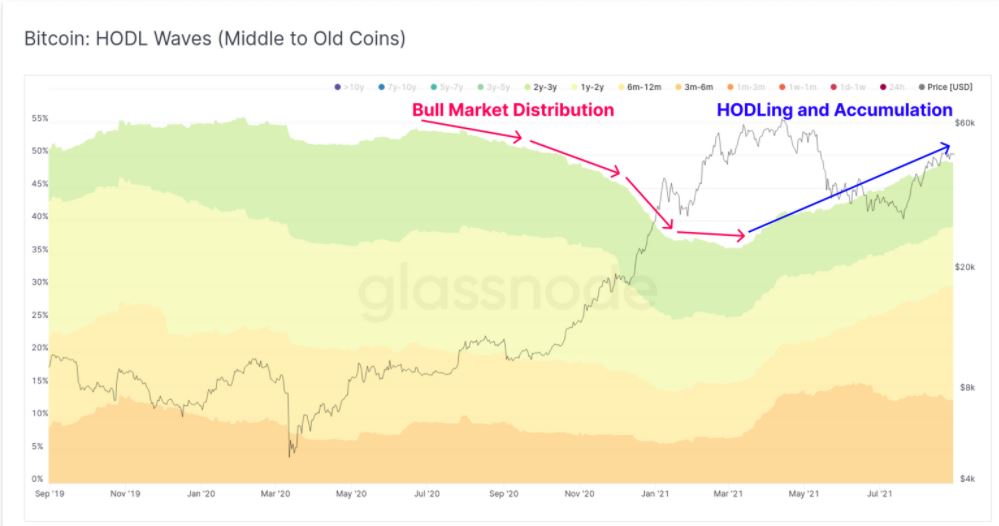 As the coins mature into Middle-Aged (3m to 1y) and old coins (1 year +) they are statistically less likely to be spent. The more coins that transition into the Middle age- Old coin bracket the less supply in the market which in turn will help drive the price of BTC higher.

Simple supply V demand theory would suggest a decrease in accessible coins (under the age of 3 months), whilst demand remains elevated.

A short term floor has been put in place around the 46k support. The 46k level was previously acting as a major resistance zone and we can now use this level as an anchor for a move to the upside. A bullish continuation can not be confirmed until the 50k hurdle has been taken out. Once confirmed, traders and investors will be eyeing the 58-60k resistance initially.

We remain in the HODL camp for the foreseeable future!

That is all for now legends!

If you would like to discuss any of the topics below you can book a consultation.